Why and How You Should Use Twitter for Networking

Disclaimer: This post isn't for bragging. I've had people ask me whether or not Twitter is worth it.

I joined Twitter less than 60 days ago. As of this writing, I have 358 followers, am following 460 other awesome people, and have written almost 1300 tweets. My tweets have also earned over 600k impressions. (I'm especially proud that my top two tweets hold roughly 20% of those impressions and they both have to do with web accessibility. 😊) 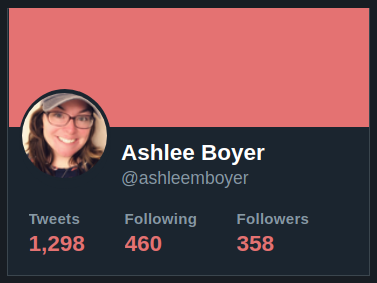 Joining Twitter is also the biggest action I took in April that lead me to my new job I'm about to start.

Why should I even bother?

There are a lot of inspiring people doing big things on Twitter. For me, it has been so empowering to see successful women in tech. Here are a couple of lists if you're looking for more people to follow.

Twitter is also a great place to learn about what technology or frameworks are being used by people outside of your bubble. It's easy for us to get tunnel vision about the stacks we use, so seeing what others are learning and what they have to say about it is very enlightening. These are some great hashtags to pay attention to if you 're not sure where to start.

Finally, Twitter is great for job networking and/or meeting people in your area. As I said up top, Twitter is the reason I got my foot in the door at the company I'm about to start working for. About 1 month after creating my profile, I decided to message another woman in tech about any ideas she had on people hiring front end developers focused on accessibility. She introduced me to a developer in my city, and then he introduced me to my future boss. Seriously, social media is like magic. Not only did I end up finding a job from this exchange, but also found some really great friends who are supportive and full of wisdom.

Ok, so how do I get started?

My biggest is advice is this: just put yourself out there. Be unapologetically authentic. If people like you, great. If not, it's just the internet. You're (hopefully) not there just to impress strangers. If you're not hurting anyone, keep moving forward and being yourself.

My second piece of advice: go out of your comfort zone. Interact with "famous" people. Ask questions. Answer questions! We're all learning here. If people make you feel bad about yourself because you're new to the field or trying something new, that's not on you. There are plenty of supportive folx who will have your back and don't mind whatsoever where you're at in your career or skillset.

My final piece of advice: learn out loud. It may seem like no one is listening at first, but that's what handy hashtags are for! People do follow those. If you created a static site with Gatsby, @ them. They'll probably retweet it! This is just one good way to get some exposure and even feedback on what you're working on.